It is through digital and Facebook specifically that the Boost Your Business Senegal program intends to support SMEs to better control their various tools. 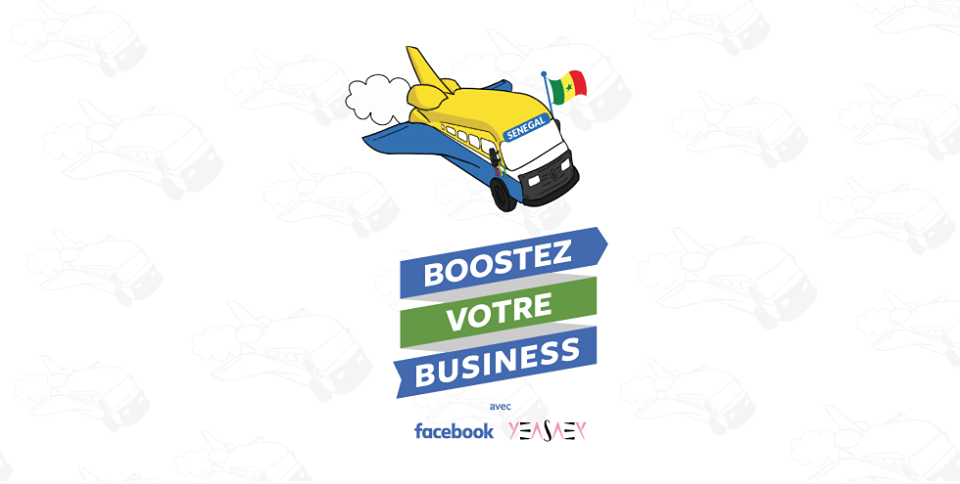 Boost Your Business is a program launched by Facebook to support small and medium-sized businesses with better control over their various tools.

Thanks to a curriculum built with local experts to meet the needs of entrepreneurs, this program makes it possible to meet entrepreneurs, as close to their daily business and share good practices by discovering management tools and tools. creativity.

Yaay and ESE through the venture YEASAEY is running this program in collaboration with Facebook on its pilot phase in Francophone Africa.

Yaay is the first platform dedicated to mothers and women in Senegal and supports companies in their digital strategy oriented gender.
ESE is a consulting firm specializing in startup acceleration with a strong expertise in the management of digital ecosystems.

The Boost Your Business Senegal program will begin next September and will be spread over 20 sessions in Dakar, Thiès, Mbour, St Louis and Ziguinchor.
Thanks to the different partners who have joined us for this program!

To the new African age … (By Issa TOURE)

To the new African age … (By Issa TOURE)

We must not remain in a vicious circle of mimicry. This continual logic
encourages us to repeat the actions of those who precede us, without calculation or recoil.
It forces us especially to stay in the same frame as our activities. Therefore,
we tend to repeat already known patterns.
It is a problem that extends to us, to the holistic framework, but
detaches itself from the reality of today’s world.
Usually, the Senegalese society remains sclerotic to a model of success
considered perfect: sit on a school bench to college, find an
unpaid internship and land a (FINALLY) a job for a salary of 75 at 300
000 FCFA. It is a model that is today largely rooted in our culture and
serves as a reference and scale.

During this time, ideas, desires, experience and mistakes are carefully concealed so as not to hinder the path that the family has most often traced. At home, the child is very early limited in his ambitions and abilities: he must learn not to ask awkward questions or explore unfamiliar terrain. Today, it is clear that this classic model of success is not sustainable in the long run.

This country needs people who come together in companies or startups to create
innovative solutions. . It needs intra-takers who will change the line of
their companies and adapt it to the changing market.
He also needs young people who will dare to test new ideas. When Elon Musk
created the Tesla, he was not necessarily looking for a new version of the Hyundai or
Mercedes, brands deeply rooted in buying habits. He was trying to
stand out by proposing something original. Today, he can consider
himself the pioneer of the electric and semi-autonomous car.
As for Guys Kwasaki, he told us « You must jump to the next
curve ». Let’s understand that we need to change our mindset and move to
top speed like Rwanda and Ethiopia.
In our schools and universities, ironically unproductive, we have more
repeaters than innovative minds. Young people and their teachers are content
to resume Western teaching, as it is completely disconnected from the
realities of our societies. Our books and school programs are of
little concern to us . When this is the case, it is always a dark and mediocre facet of
Africa in general that is described.
Today, there is ample evidence that the key to evolutionary well-being lies in
audacity. It consists of knowing how to come off in order to see things from another angle.
In our society, it is frowned upon, if not dangerous to differentiate itself from the
masses. Yet the individual who aspires to knowledge and self-realization must
absolutely do so.
The human, as a social and political being, must avoid this sense of security that
comes with routine. This makes us less productive, therefore less
fulfilled. In the end, the weariness mixes with that of boredom and
we will only succumb to the dregs of frustration.
The comfort of laziness is the sleep that cradles us as we sink.
This encourages us to copy instead of innovate and money transfer services in
Senegal illustrate perfectly the example.
.
We must dare (dare to propose, dare to try, dare to fail, but also dare to
start again) as we learn from Steve Jobs.
After « get out of the box », the philosophy of innovation should be « dont worry,
be crappy ».
The fear of failure, whether in public policies or in an entrepreneurial activity , enchants us at the price of not having enough audacity to venture into the darkness and ignorance of the unknown.
Audacity begins with confidence in one’s ideas. The lack of audacity then
comes to us from the psychic, social and cultural conditioning of which we have been victims.
The main handicap of the African peoples is that they do not believe enough in their
cognitive potential, the strength of their ideas and the ability to solve their
problems on their own.
As a result, those who sell us their everyday objects always succeed in
making us believe in the supremacy and complexity of their products and ideas. We
fall easily into the trap and prefer the import to the creation.
On the other hand, determination succumbs to discouragement. As could
say the « ndaaré nihiliste »: « it’s not even worth it that I kill myself at maths,
anyway I would never understand myself in my life » or « Senegal will
never launch a satellite in orbit ».
But what proves to us that a fabric named WAX manufactured in Holland,
that we brandish proudly as our culture, is more effective and better
adapted than a loincloth of Casamance? Is the African smartphone produced in Kenya or
the Congo less efficient than a Techno, Wix or any other brand among the 20
million smartphones imported every year in Africa?
If Bob Marley had bothered to ask, « emancipate yourself from
mental slavery, » I would add « and now trust your ideas, show how insane they are
, and make them happen. »
At a time when the world is changing, young Africans prefer to snuggle into
the comfort of being « normal ». But today, we will not have to be exactly
like our parents. We will have to be more daring, more enduring, but also
more innovative in order to build the foundation of development for
generations to come.
Issa TOURE
TechEntrepreneur – Student Researcher in Political Science
[email protected]

Lets be friend !
Lets talk now!
Hi! Click in the picture, we can talk on Whatsapp
I typically replies in a few minutes.
Inssa
Inssa